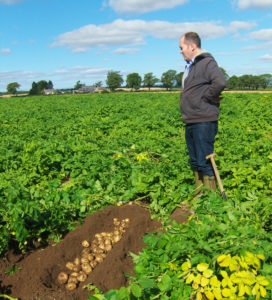 Many of the animals that we work with on farms are sensitive to the subtle energies of place and show significant stress when occupying geopathic areas, and often show much improved health fertility and productivity when in an appropriately balanced energetic environment.

Farm services generally begin with an initial visit to the farm to discuss the farming operation and to get oriented to the landscape.

Single issues can often be addressed and resolved in a single visit.

A program of seasonal visits can also be arranged to further attune and optimize conditions over several growing seasons. 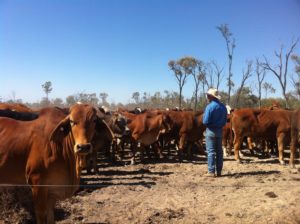 on farms is by it’s nature subtle – but also sometimes dramatic in it’s short and long term benefits.

I am copying here some feedback from clients spread around the world to share a sense of some of the results I’m currently experiencing – some based on work I’ve done myself, some based on work inspired through trainings and workshops that folks have taken and then creatively applied back at home.

I never quite know what results will occur, and am both inspired and supported by beneficial outcomes – here are some that are heart warming…

Exciting and inspiring all of it – so…what’s possible on your property?

“All the yields were very good, especially the corner paddock that was new to irrigation. You did some work on it and it was our best performing paddock. The livestock look extremely well and healthy. In October one of our senior staff members left. Even though our work load was too large from Oct to Feb, we have a really pleasant work atmosphere here and the staff all appear to be happy. This has improved markedly since your visit. We have put in place an eradication program for the foot rot and it appears to be going well. Barley crop yields were the best we have ever had. Other crops averaged very good yields with a lot less weak areas than normal, in fact they probably averaged as high as we have had.”

“Patrick’s involvement on our property has been amazing. We have really seen subtle energy working…. The sheep market has been very depressed but we topped the re-stocker market with our lambs when we decided to sell and our wool broker rang us as he couldn’t believe the price we got for our lambs wool, 200 cents over evaluation. The grader which is used all year round for fire breaks, continued to break down when we went to use it for grading new fence lines, after Patrick’s work it hasn’t skipped a beat!”

“The energy in the area feels totally different and people are saying how well they are sleeping, and how much energy they have. The horses are so settled and Toffee in particular has had a personality transplant and not bitten me for a week! I do feel amazing, i have reconnected or something not quite sure, just hope it continues…”

“A week ago I “painted” the energy of daisy and of pyrethrin around the inside perimeter of our house from just below ground level to about three feet up, and it has worked amazingly well on the ant problem. Up until then, we had big ants, little ants, and every size in between, mostly in the kitchen, but a few stray ones elsewhere. Aside from a few ants on the first few days after I applied the daisy energy, there have been none, since. I have also been experimenting with dragonfly energy to keep away mosquitoes while I’m outside. David and I both encircled ourselves with the image of dragonflies and the sound of their wings, which I ‘d heard repels mosquitoes, and found it helped a great deal, but it had to be “reapplied” often.”

“We have won the Greenvale potato grower of the year award – first time that anyone north of the Forth has ever won it…. Greenvale are the guys that we grow all our potatoes for.”

“The sprout experiment was so dramatic that I did it a second time thinking that maybe the two conditions were what made the difference. I didn’t weigh them but the one I smiled at was green sooner, more seeds germinated, and they grew faster.”

“After putting up an energy tower the wheat yield went from ASW up to the premium grade, increasing it’s value by $30 per tonne.”

“Biggest thing I’ve noticed is lambs and calves playing, running around, jumping on logs, bucking and kicking – the cattle are calmer – one mob of lambs that were wormy, scouring and losing weight – within two weeks of subtle energy intervention. they stopped scouring without drenching and came back to full health.”

“Until Patrick came and worked, our daughter would very rarely go out on the farm – now she is out all the time and will go and check stock on her own – she declares “it isn’t scary any more”.”

“The grader wouldn’t run – had been broken down despite several attempts over twelve months to get it going – after Patrick’s visit, I applied my own intention, went through the fuel system and it started right up – it’s been running ever since.”

“I’ve gone from not being able to feel any attachment to the land – after Patrick’s clearing I felt a connection like never before. It used to be “get out and get the job done – and get home” – now I find I’m quite happy to ride around, look around and actually enjoy it – which never happened before.”

“In a really tight and challenging year, instinct has guided me managing my stocking rate and it’s I’ve been able to get through without bringing in any feed and have been able to sell half my hay rather than bringing any onto the farm. Visible signs early on was that we could bring more stock onto the property, but instinct told us not to, and as it got dryer and dryer our pastures carried us well.”

“We had a crop that was being hammered by red legged earth mite. We tuned in and did an energetic correction on the plants and within three days they had dropped to about 10% of what they were. We did the same with crickets – they were everywhere and we asked them to go into the swamp area and leave the grassland for the animals – their numbers immediately dropped back to about 10% of what they had been.”

“I bought a second hand round hay bailer and had no end of trouble with it. We figured out there had been an accident with it on the road with a previous owner, involving a death. We thought it was a dud machine, but after we cleared the residual energy from it, it ran for two years without further trouble.”

“Working in the cattle yards, preg testing cows, I lost my temper with one in the race and then none of them would co-operate. we cleared the energy of my anger and the cow’s response from the area and immediately they started to co-operate again.”

“We really like and love the place now and see how the kids do to – I’m happier and calmer – before Patrick’s visit we hated it and didn’t want to be here.”

“The extra house on the place had been on the market for three and a half years with no interest in it, and had three inspections and a couple more enquiries within a two week period and sold within six months of the subtle energy correction for the money we were asking for it.”

“We put the cows & calves (101 & 97) in yesterday for preg. testing & weaning rings and its the first time in 18 years they have all gone in without trying to come out at the same time.”