By patchmac on May 17, 2012 in Subtle Energies in Agriculture 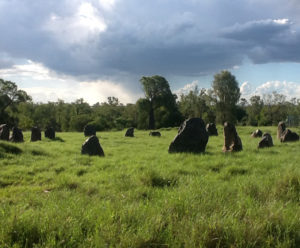 As for the greenhouse, interesting to note the “roots and shoots” effect of the south and north sides of the germination chamber. As the former is female chi and the latter is male, I have segregated the root crops and above ground growing crops appropriately.

As the distance from the chamber increases, the growth of both roots and shoots increased after the second week.

There is some kind of a stunting effect if the plants are left within a 5-foot radius of the chamber.

Once plants are removed from the effect of the chamber, they take off, be they roots or shoots.

Another observation is the effect of heat on the tender crops…the hardier crops show no signs of wilting or heat exhaustion in 120 degree temps (F) without any water at all.

I happened to miss a watering and the house was bone dry and the doors were not open. I expected total loss. Temps inside ranged from 120 in the rear to hotter in the front, which was unsheltered from a tree overhead.

The watermelon were wilted, the tomatoes seemingly fried, brown and lifeless, and the cilantro was dry and thin as can be.

Several hours later after water and shade, I put the crops back under lights for the night, near the germination chamber and they have almost fully recovered.

Seems strange to see them come back to life, but they did.

P.S. We are experiencing 100% germination rates in seed germination chamber, even from 8-year-old tomato seed! Time to germination is an average of 2 days, even for lily seeds, which can take months, even a year, given they want cold then hot then cold, etc. Worth noting. Also, am moving plants out from seed germination area in second week.

View all posts by patchmac →